SINGAPORE, 13 October 2020 – Four Indonesian men were charged in court on Saturday (Oct 10) with illegally entering Singapore, after they jumped off a boat into the sea off Tuas and swam towards the shore.

The men, aged between 19 and 38, were first detected on Tuas reclaimed land by the Police Coast Guard’s surveillance systems on Friday at about 8.30pm, said the Singapore Police Force in a news release on Tuesday.

The four men were observed to have jumped off an unnumbered boat into the waters off Tuas reclaimed land before swimming towards the shoreline. 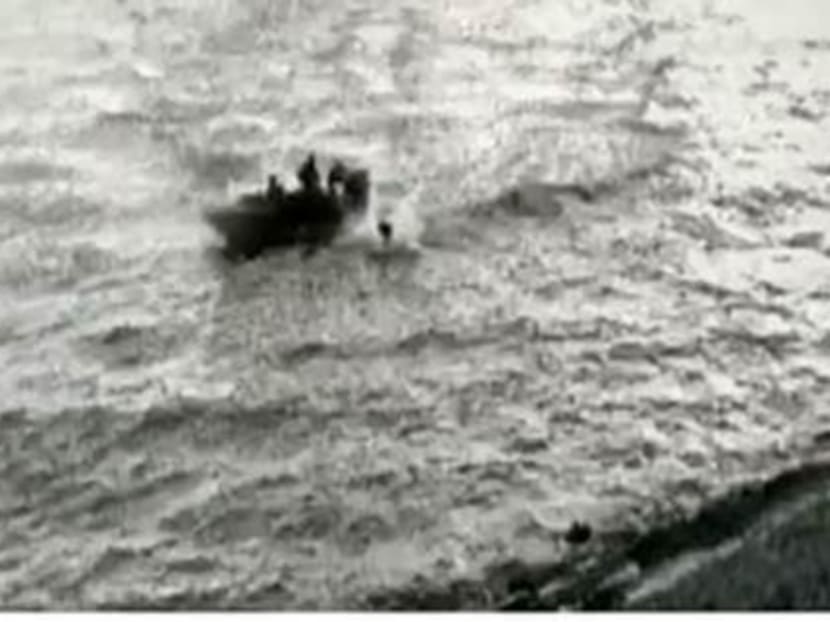 The four men jumped off an unnumbered boat into the waters off Tuas reclaimed land. Photo: Police Coast Guard

The men were arrested within five hours of being detected, and were handed over to the Immigration and Checkpoints Authority for further investigations, the statement said.

If convicted, they could be jailed for up to six months and receive a minimum of three strokes of the cane.

He added that the Coast Guard would “continue to take firm action against such offenders to safeguard our waters and sea borders against crime and security threats, including unauthorised entry into and departure from Singapore.”

We would like to commend you on maintaining a very professional attitude by being gracious, giving extra attention and efforts to the Management of GSM Building.

We will not hesitate to recommend Oneberry Technologies Pte Ltd to all.

“Virtual Guard has been a significant help in supporting our security operations to meet outcome-based contracts. The technology enables manpower on site to be more effective with less headcount needed.”

“I wish to commend the team for implementing the Virtual Guard solution at Landridge Condo. The residents have given positive feedback on the successful switch to remote security. Thanks for a good job and we appreciate it!”